Michael Rock is a performer, director, playwright, teacher and corporate trainer. He specializes in the use of improvisation in all those disciplines.

He has performed on Broadway, on tour, and regionally. He has directed children's theater, university productions and experimental theatre in New York City. He has taught improvisation and acting for Ringling Bros. and Barnum & Bailey Clown College, The Second City Training Center, NYU and Marymount Manhattan College, among many others. His play, Musical Chairs, was presented at the New York Fringe Festival, the Pantheon Theater and at Cabrini College. His musical for young audiences, Kid Power and the Planet Protectors, has toured schools throughout the U.S.

He continues to write, direct, teach and occasionally perform.

Since 2005 he has been working as a corporate trainer, facilitator and role-player with several executive education firms, helping clients such as Blackrock, PIMCO, Ecolab, PwC, Eli-Lilly, HSBC, Pepsico and the US Olympics, develop communication, management and mentoring skills as well as a more collaborative and creative corporate environment. 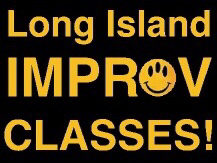